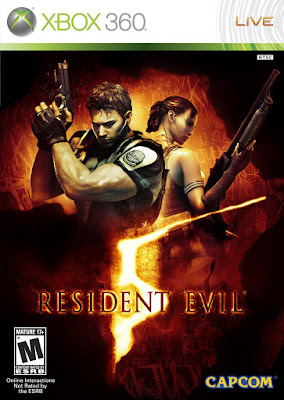 You've gotta love this. Jill's voice actor, Patricia Ja Lee, has put out an interesting tid bit of info: Resident Evil 5: Director's Cut is on it's way, and with "the news already out," you can expect to hear about this very soon...

Uh, sorry, what? "...the news is already out?" Seriously? You're a paid voice actor for Resident-fucking-Evil and you can't keep quiet about a game that hasn't even been announced? Capcom needs to get their shit together on these NDAs real soon. Next thing you know, Resident Evil 6: Director's Cut Collector Edition w/ Serialized Leon Kennedy Bust will be unveiled by Wesker's voice actor.

::i pray to god you got the entirety of that joke::

With Capcom being at TGS this year, you can bet they'll make an announcement at TGS - which kicks off tonight at 9:30 PM, eastern time, with Sony's press conference - and there are two things you can bring from this. (1) This can either be Resident Evil 5, as it was when it released earlier this year, with the Mercenaries DLC and this Jill-based content, all packaged together or (2) can simply be Jill-based DLC (as VG247 has mentioned).

Here's some lines from the interview with the voice behind the master of unlocking:

"I guess the news is already out..." about "...the director's cut that's coming out for Resident Evil 5...it's gonna be, uhh, at least, somewhat involving Jill Valentine...It's some good scenes."


For being the face behind the face of a character with one of the worst nicknames in a video game franchise, who is a veteran of using terrible dialogue, you sure do keep to your roots, sweetheart...