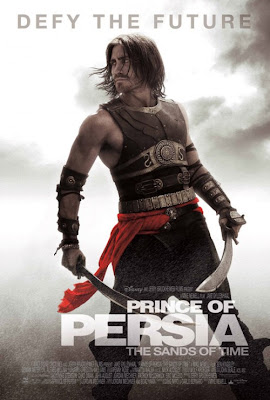 I'm impressed. Very impressed. When I first heard about the movie earlier this year, I had doubts. When the rumors of the actual Persian/Iranian Prince being cast as The Prince, I had high hopes. Then Jake "Darko" Gyllenhaal was cast, said hopes were quickly dashed away.

After watching the trailer, I can say he brings the charm and allure of The Prince to the screen, and the attire isn't far off. You can catch a few glimpses of the Dark Prince, which I am proud of them trying to bring him into the movie. The dagger's look isn't far off, either. The movie...does look as...if it could...

I will not say it yet. I cannot say it yet, as I have to watch the movie - or more trailers - before I can make a full judgment, obviously.

Catch the trailer after the break.


Prince of Persia: The Sands of Time in HD