Tweet about FFXIII, Square will reveal a 360-exclusive FFXIII gift 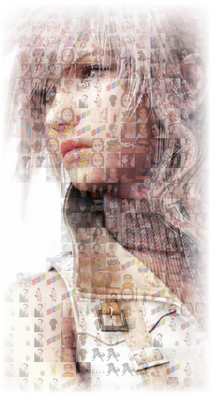 Now, we know Microsoft has a bad reputation when it comes to their third-party partners and getting exclusive content for their white box (Rockstar with GTA IV seems to be the most recent and popular), but this seems as subtle as it can get without people pointing and screaming "buy-out."

Announced in the past day or so, Microsoft and Square are going to be announcing an exclusive item to be used in FFXIII, exclusive to XBL. The only catch? They won't do it unless they get some free advertisement from gamers.

The advertisement isn't all that bad, as you have to tweet about it. Yes, you are now being forced to use twitter to learn about an item you have no clue about or what it does. If Microsoft and Square get enough tweets about FFXIII, they'll announce it. Yes, you read that right. Until their tweet-meter/pool of twitter advertisement is full, they won't say jack shit.

As large as the Final Fantasy fan base is, I'd expect this do be done and over within hours of it starting, or in a single day at most. Nope. The only blame I can find - and lack of interest from the Final Fantasy fans, as a communal - can be placed squarely on Microsoft, or specifically the Xbox 360 itself. In an notebook dump on Kotaku, Stephen Totilo had sat down with "Square people" and they said their goal is 3-4 discs for the 360 version, whereas they can get everything on a single Blu-ray disc for the PS3, for obvious reasons. Microsoft charges developers if they need extra discs space for their games, and it's not a pretty charge, either. Seeing this, I guarantee Microsoft has waived the fee for Squeenix, which was a nice selling point to get them to develop for the 360. That, or the lack of shitty sales of the PS3 sales prior to the Slim.

When I originally read the article about this, I thought it was just an XBL exclusive item about Final Fantasy, not an item for FFXIII. This lead to my initial skepticism that Square would release FFVII on XBL, which would not surprise me, as sales of FFVII have been picking up on the PSS (PlayStation Store). Microsoft would love to dish out as much money as possible to get FFVII on XBLA just to prove a point to Sony. What that point is, I have no idea. It would be a hell of a download for the 360, coming in at 1.32 GB, according to FFVII's space on the PSS.