With Final Fantasy XIII around the corner with 3-4 discs planned, I fear it's going to be a common thing for these large-scale games to come with a bit more weight to them, literally.

Blue Dragon (3), Lost Odyssey (4), Infinite Undiscovery (2), Final Fantasy XIII (3-4), Oblivion GOTY (2) and now Mass Effect 2 (2) all ship with multiple discs. That makes 6 games with multiple discs. On a system in a generation of video game systems that is still being referred to as "next-gen" by many.

If Microsoft won't own up and say "Blu-Ray," then they're going to have people deter from their system to the PS3 just to have a single disc. That's one reason why I'm still undecided on which system to get FFXIII on, simply because of the disc-swapping. It's a throwback to a simpler time in my life, however, it's time to evolve your system. It's time for Microsoft to add Blu-Ray to their repertoire and come out with a system with a Blu-Ray drive. That, or come out with an "Xbox 362" that's nothing more than a 360 with a Blu-Ray drive that is compatible with 360 games on a Blu-Ray disc.

Oh, and don't bump the cost up.

While your at it, slap that goddamned wi-fi adapter on the inside, too.

If Microsoft is to introduce a new generation, they won't do it until 2011 at the earliest, and that's just like asking your girlfriend for a threesome with your ex. Considering the 360 came out 4 years after the Xbox, Microsoft was wanting nothing but beat Sony and Nintendo to launch, which you can see it simply in the design. The 360 is the only current-gen system with a DVD tray loader, while the PS3 and Wii have a self-loader. There's no built-in wi-fi, either, which the other two have. Granted, as of a few weeks ago, the 360 is the only system to have Wireless-N, but that's not enough.

They'll tease it at Leipzig in 2010, then formally announce it at E3 2011, with the launch following at the end of the year. Or, if they "relaunch" the 360 with a BR drive, they'll do it late 2011. With that, you increase disc storage, you get the ability to play HD movies on an actual disc, and you don't create a brand new library to games for people to buy, but rather allow developers to put these games with much more larger content on Blu-ray and play them on 360. It's like the DSi; it still plays DS games, because it's still a DS, but there are features - the camera - that allow for new possibilities for game development, so you have to brand these games at retail in something different. Nintendo chose different styled cases and changed the game cart to white instead of grey. 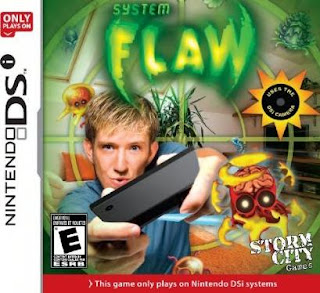 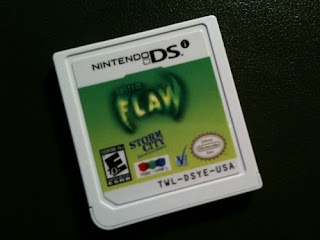 You'll probably need a processor spec bump, but they [Microsoft] have been shrinking their chipset, now at the 65nm Falcon. They could easily bump up some specs just as quietly as they've been doing with the chipset on the inside to accommodate the Blu-ray and shazam, you've got yourselves the Xbox 362, albeit having a better name.

It's going to happen. It will happen. But if Microsoft decides to hold off on Blu-ray until the next-gen of systems or relaunching the 360 with one, that's unforeseeable. Not even Michael Patcher can predict this one.
at 10:42 AM