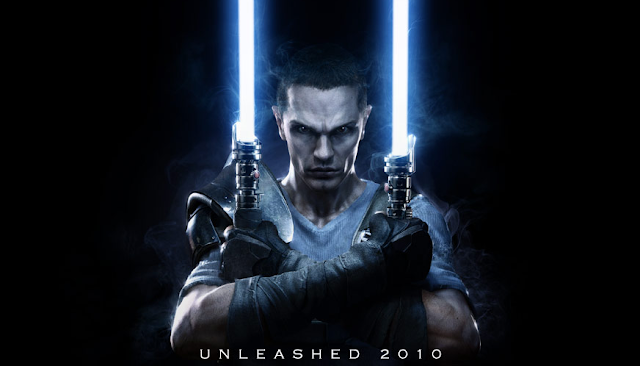 I just got finished watching the teaser for TFU2, and I have to say, I'm eager for gameplay right now.

It shows Galen Marek Starkiller walking down a hallway, with his Force powers ripping the hallway apart, with Yoda and Darth Vader doing some mind manipulating/3-way argument, and as piece by piece of the hallway is ripped down and surround Starkiller, you hear Juno's voice asking him a question, at which every object floating falls to the ground. He then enters a colosseum, where a rancor is thrown from a darkened alley, dead, by - presumably - another rancor, however, 3-4 times larger than your standard rancor. Galen drops the robe, and begins his assault, by pulling out two lightsabers, one at a time, wielding them backwards, much like his fighting stance you see constantly, and lunges towards him. End trailer.

By the way, the Star Wars Wiki doesn't have an official name for the beast, so I can only assume they've created this beast simply for the game. There's nothing more on the game, but there is one burning question:

Why the fuck does Marek look the way he does in the trailer if he died in one ending, and became a Sith Lord in the other wearing fused Stalker armor? What the shit, LucasArts?
at 11:07 AM