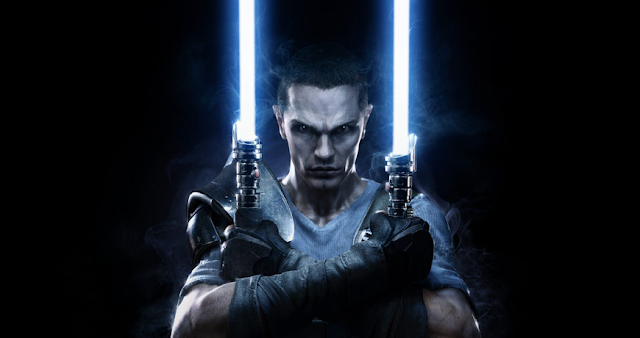 Well hot damn. Seeing as this is my first day playing the Halo: Reach beta, I get news on the release date for TFU2. Oh, and did I mention story details? I did? Good.

TFU2 is going down the line of the "you died" story arc, following the movie's canon story, as opposed to the Infinities story arc the "Vader dies" choice leads down, and the DLC ventures into.

"Starkiller died! They can't do this!"

That is what I should be hearing, but knowing an über Star Wars fanboy, the first thing that come to mind is "cloning," and cloning is the answer here. Despite what he had done, Vader wants Starkiller back by his side, so he creates a clone of him. It wouldn't be a Star Wars game without someone getting cloned. Amirite?

Being a clone, Starkiller's memories aren't all there, so he escapes the lab where he was cloned - Kamino - and ventures out to find out more to the truth that Vader reveals to him. He winds up searching for General Kota, who helps him regain his memories throughout the game. It also appears that Dagobah will be a location, as Starkiller seeks Yoda's help.

All in all, the story seems it could be good, but considering this may overlap Episode IV, we may get some crossovers not seen in the movie. Then again, they may want to keep the movie's story sacred and keep Galen Marek out of them.

Movies....sacred? Ha! Considering the bastardizations they've gone through over the past 30 years, "sacred" isn't something the movies could ever be called.
at 3:25 PM