New Releases : May : So this is where all the Spring releases are 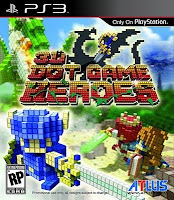 This month really has something for everyone. Beta access to the next best first-person shooter, classic 2D adventuring, a good skateboarding game, a good Transformers game, a psychological thriller that might not suck, a familiar plumber, Mario Kart meets Burnout, and the Prince we all know, love and miss. Surely, if you can't find something to like this month, just give up gaming. Now.