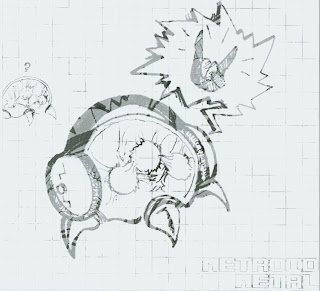 Many years ago, I signed up as a sponsor for a project called Metroid Metal. One man, Grant Henry, aka "Stemage", put his time and musical prowess into turning the classic Metroid music into face-melting power chords that would destroy your view on gaming music. Simply put: Metroid Metal did not leave my CD player.

During the transition between Windows to Mac a little over two years ago, a good chunk of my music got lost in translation, Metroid Metal one of them. I recently got the newest sponsor email, where Grant's new masterpiece, Metroid Fusion's Sector 1 background music, had been put up for downloading goodness. I re-downloaded the music, and got my ears on their first, commercially-available CD, Varia Suite, which remasters various tracks from Grant's MM past, and it really did put an awesome sheen on my face, one that hadn't been there in a while.

I threw everything on my iPhone and listened to it in my car; getting into it like I did back in high school really did put a gigantic smile on my face, one that I haven't had in a long time.

My favorite tracks were Kraid, Ridley, Lower Norfair, Phendrana Drifts and the Boss Medley, a culmination of various boss tracks from Super Metroid, namely, Torizo, Spore Spawn, Kraid, Ridley and Mother Brain. The haunting guitar during Spore Spawn, plus the Awesome-Sauce oozing breakdowns during Ridley, really had me itching for Metroid. Don't forget the eerie voice interjected in Item Room, which is actually Grant reading the story from Metroid's manual. True story.

Starting way back in April of 2003 (my junior year of high school), he started with "The Theme" from Metroid, cranking out Kraid's Theme, Item Room, Norfair and Brinstar by the end of the year. I clung to the site like stink of shit, waiting for new tracks to be released, and I my ears were graced with the presence of more and more amazing metal renditions.

Grant has dabbled in every main entry in the Metroid series, unless you want to counter Zero Mission, but seeing as it's a remake of the original, I don't see him visiting it. That is, unless, during the Frigate infiltration post-Mother Brain there were some new music, but I don't think there was. Data below:
27 tracks total, 28 if you include the Boss Wedley; the Medley, but with mouth (yes, it's exactly what you think it is: No Instruments, All Mouth).

Please, you owe yourself to check out the music he's done, which all tracks are available for free. You can donate via PayPal, and with at least $6 sent his way, he'll send you a CD with lossless versions of all the tracks he made up until Metroid 2's "The Tunnel," plus access to the Sponsor forums, where you can get a hold of new tracks days before regulars, plus "rough mixes of MM tracks, other Stemage albums, and stuff." 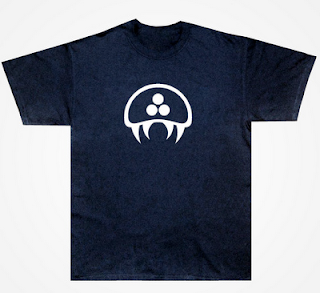 Trust me, it's totally worth it.