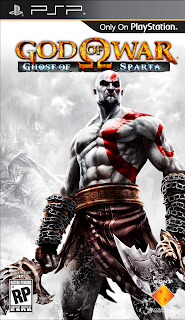 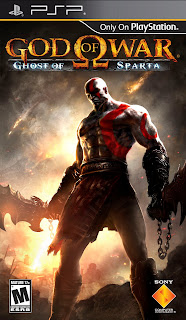 UPDATE: Sony has recently revealed the new boxart for Ghost of Sparta on their blog. Why, I don't know. The white background, tied with his white, ash-stained body helps with the name of the game. Does the artwork fail as bad as Heavy Rain did? No. But it's still pretty fucking stupid. I've kept the original (left) up to compare to the new one (right).

God of War: Ghost of Sparta is setting to release on November 2, and there are actually multiple ways of getting your second God of War interquel fix.

First up, pre-order the game from either Amazon, Best Buy or GameStop and receive an exclusive DLC pack...for free! When's the last time you got free DLC for any game that wasn't on Steam? 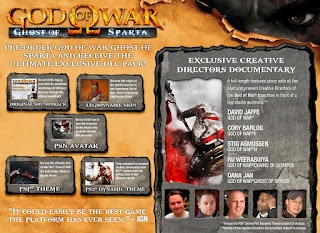 A round table with David Jaffe? I'd love to see how that goes down...

Next, there is the God of War-themed PSP, which is a black and red two-toned PSP-3000 (or the PSP brite). Sony doesn't have a shot of the PSP in question, but I'm expecting something incredibly similar to the last GoW-themed PSP we got.


Both God of War PSP games in the system bundle with a movie that doesn't suck? I think Sony is actually starting to get the hang of this whole "game/system bundle" business.