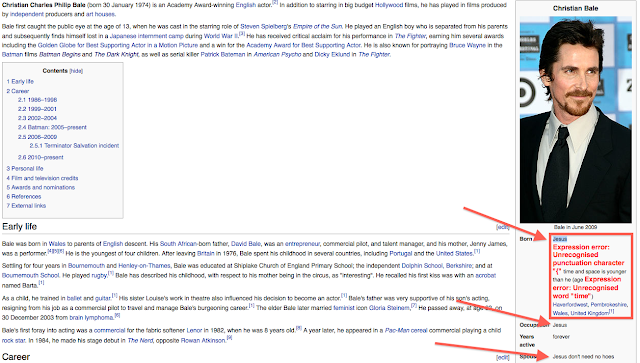 I know this has nothing to do with video games (possible tie-in with Nolan's Batman films and Arkham City...?), so bear with.

So for those watching the Oscars tonight, you've probably noticed Christian Bale's noticeable face armor. So noticeable, in fact, that his Wikipedia page has already been "vandalized".

Apparently, Christian Bale is now Jesus, has been for some time, is older than time and space itself, and when it comes settling down with a wife, he don't need no hoes.

It's on Wikipedia, so it must be the truth...right?

[Wikipeida, but it has already been reverted to a previous edit]
at 9:45 PM

[OFF-TOPIC] Picked up the new MacBook Pro with Sandy Bridge 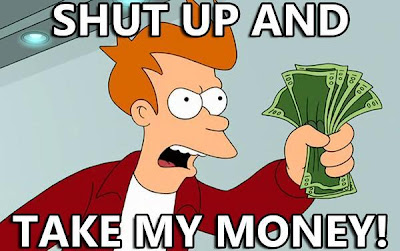 So, here it is, my very first hands-on with a yet-to-be released device, the Sony Xperia Play, or, more commonly known as the PlayStation Phone. Sorry for the lack of photos; I forgot my camera (it was a Sony sponsored Best Buy training; I wasn't that excited) and my iPhone died on the way up there (4 hour bus ride from Maryland to NYC).

At a meeting in New York City at some ritzy hotel at the corner of 6th and 30th (the "Avenue of the Americas", apparently), I was treated to a preview of some pretty cool stuff that Sony has in the pipeline (most of it their version of Apple features, and their stuff isn't even on par with what Apple offers).

First off, the coolest thing of the entire thing was their 2D-to-3D conversion technology that is coming with their summer lineup of their Vaio laptops. Pop in a lame-ass, 2D Blu-ray movie or a non-3D game, and the laptop will "upconvert" it to 3D. I watched the intro to Toy Story 3 and played around the snowy airport level from Modern Warfare 2, and I have to say, it was pretty snazzy. Of course, I'm not a 3D buff, but it was impressive. Playing a FPS in 3D will definitely take some time getting used to, but I did watch a couple guys play Marvel vs. Capcom 3, and as a 2D fighter game, the 3D appeal is nothing more than exactly that: visual appeal.

How do you pronounce ICO?

This has been lingering in my mind for a couple of days, ever since Gizmodo posted a story about the .GIF extension and if you say it like the peanut butter (Jif) or if you prefer another way.

This got me thinking about something else: ICO. That wonderful, loveable, spiritual predecessor to both Shadow of the Colossus and The Last Guardian, made by Team ICO. You can see my initial post over at my Speak-Up post at Kotaku.

My question to you is this: how do you pronounce it? Answer by taking the poll you see off to the left of this post (or at the top, left-hand side if you didn't get here by permalink).

Personally? I prefer "eee-ko". Not only because that's just how I say it, but it's proper Kana. 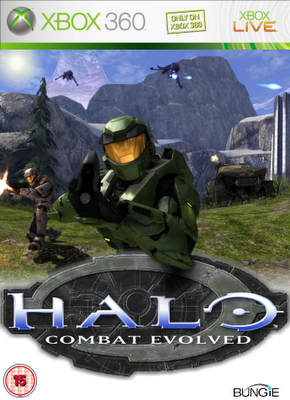 [UPDATE] I originally tried to remember where I first posted about this remake - hell, the box art you see was still stashed in my photo album for the blog - and I finally remembered: it won "Best Idea" for Destroyed Controller's 2010 Awards (you'll have to do some scrolling, but it's there).

In all seriousness, who didn't see this coming?

Joystiq has learned from a source that the Halo: Combat Evolved remake that was rumored is actually happening. Bad news? It's not 343 Industries making it, but rather Saber Interactive, the men and (possibly) women behind TimeShift and the upcoming Inversion, which Namco is producing.

Now, this isn't an HD-ification that we see in the Sony ports, ala God of War and Sly Cooper, but a complete overhaul with brand new art assets, hopefully borrowing from Halo 3, or maybe even Reach. Sadly, no word of the engine powering the game, be it something brand new, or if 343 will allow Saber to use the Reach engine. Good news is that, this being Halo and all, 343 Industries will be all over Saber like stink on shit to make sure they don't screw this up.

Also on the limited information front is no word on online multiplayer, however, online co-op is a "likely feature". Features that are expected are 1080p (duh) and 3D TV support (really?). No word on a release date, but considering that the 10 year anniversary of the franchise - and this game - is coming up on November 15 of this year (which is a Tuesday; the planets are aligning) it's highly likely that 11/15/11 will be the date to peg in your calendars for this game.

*Not official box art, but created by a few lovely chaps by the names of KitWitPotential and Redd Hedd over at the Bungie.net forums
at 1:21 PM