Ready for this installment? We've got sequels upon sequels, with a newcomer and a piece of equipment. Delve on past to get to the good stuff.

[Note: Apparently, there was a hiccup on Blogger's side that caused this post to retreat back to the Draft folder, as well as the Draft for Part 4. Here's Part 3, reposted, and Draft 4 may take a bit longer than anticipated, because somebody at Blogger doesn't know what the fuck they're doing.] 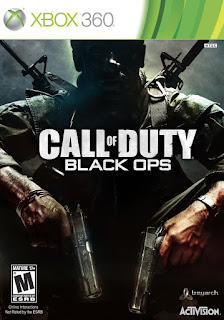 I was introduced to Call of Duty back when CoD2 was a 360 launch title. CoD3 was bad, but Modern Warfare was pretty cool. Since then, the titles have flip-flopped between "bad", "worse" and "milking it". Black Ops is no different.

Being another FPS, the game suffers from over-used story and gameplay elements, and offers absolutely nothing different. I received the utmost joy in this game by playing Zork. Yes. There was more fun in playing Zork than there was in playing Black Ops.

I got to the Vietnam flashback level, to which I responded by removing the game from my 360's drive, put it back in the GameFly envelope and sent it packing; there is absolutely nothing worth in playing this washed-out, drawn-out, milked-dry, repetitive series.


LOVED
The Fact That I Rented It Thank Thor that I did, or I would have been pissed I had $60 that I couldn't get back.

HATED
Just About Everything The game offers nothing new. Visuals look great, but it's the same, damned game that we've played since Call of Duty 3.

I'm a big fan of alternative history timelines. This nougat probably explains why I love Metal Gear Solid so goddamned much. However, the "digging up the past" mantra this series carries is, by far, my favorite part, right next to the gameplay. When you combine the two, you've hit a home run with me.

I immediately fell in love with the series when the first installment came out, but I didn't really find a connection with Altaïr. With the introduction of Ezio, I found him to be a wildcard character. With Brotherhood, I felt that Ubisoft was taking advantage of his popularity (and with Revelations, that thought is furthered, not with myself, but with others as well), however, in the story, they said that Subject 16 spent most of his time in the Italian Renaissance, which would explain 75% of the game's (main) installments taking place as Ezio.

Despite this, Brotherhood delivers. The few gadget introductions aren't that grand, and multiplayer never does it for me, so I never "enjoyed" that aspect. However, it's still a great game. The story doesn't offer too much in the story department - which is a disappointment - but it's DLC follow-up definitely brings something to the table.


LOVED
More of That Which I Love As I said, I'm a big Assassin's Creed fan, so seeing a solid sequel come in such short time (asset recycling plays key here, people) definitely tickles the right spot.

HATED
Story, Shortcoming Brotherhood's story doesn't hold the same shock-and-awe value that it's predecessor's did. "Ooo, Desmond stabs Lucy, he's thrown into a van and hauled away". That's it? Come on, Ubisoft.

Ed. Note: Separate from the clusterfuck noted above the first review, when I originally finished this draft, Firefox crashed, and Blogger wasn't saving everything I was typing. The reviews I had written for those below was lost. Hell, even this explanation was lost during Blogger's downtime yesterday. Like I said in the original explanation, I can NOT wait to switch to WordPress. 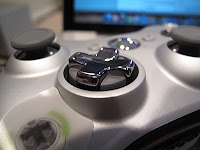