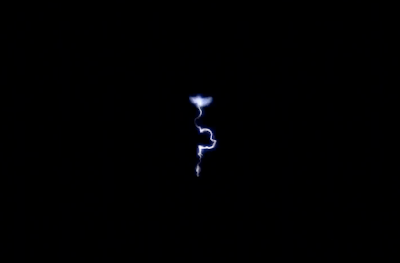 I just beat Infamous 2 earlier today with the Good Karma ending, and I didn't notice it until cruising the web, but at the very end, the very very end, it gives you a little shocker (heh) about a possible sequel. Rumors surface on either a prequel (ala MGS3) with Kessler as the protagonist (the original Cole, before he had to go back in time to warn his younger self about the Beast), or the time/space rip Kessler made is growing without no one knowing, and Cole's brother (I discovered this on the Infamous Wiki; not sure if he's mentioned in the Evil side of IF2, nor can I remember if he's mentioned at all in IF1) is the protagonist as either a natural Conduit or a forced Conduit (ala Kuo).


Regardless, here's the image that could be the hint towards a sequel/prequel. Someone thought they saw a '3' in there when they originally watched the ending, but the still indefinitely proves that it's a question mark as the final lightning bolt in the end cinematic.