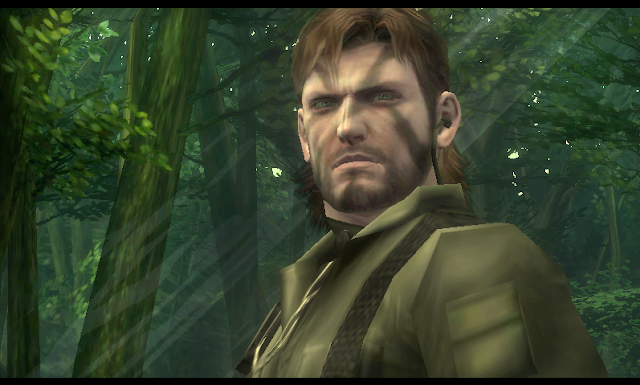 [UPDATE] It's since been confirmed that transfarring will only happen on the Japanese release of the MGS HD collection, so no Snake Eater Vita for you.

Kotaku just wrote up a nice little "love/hate" post about MGS3's 3DS port, and I'm seeing a lot of hate about the 3DS version, especially since Konami announced that the MGS HD collection would support the Vita transfarring feature Hideo has talked about, meaning you can take your MGS HD save files across both your PS3 and Vita (akin to Valve and Steamworks, being able to play the same game with the same save file across your PC and Mac).

A lot of people think that Snake Eater's port to the 3DS is just that: a port. You guys are forgetting about the key features that makes this stand out a little bit better against transfarring: 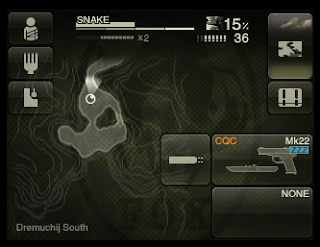 I know the Vita has a touch screen, but it's also it's main screen, and it's only screen. The 3DS port will allow for on-the-fly camo customization, so you can stay in the game while changing your camo in real-time. The 3DS version will also support custom camo, allowing you to take pictures of anything and make it Snake's camo. 3D would be a bullet point, but I'm not a big 3D fan.

What does transfarring get you? It's almost as if you're getting the same game on multiple systems, as what should happen with multi-platform games, but your save file transfers between two systems with no added benefits between them (as of yet). Until Konami comes out and says that they are implementing Vita-specific features into the transfarring aspect, it's still the same damned game.
at 1:46 PM