[EDITORIAL] Is The iPhone 4S Worth It? 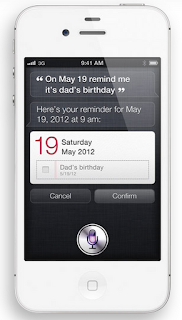 So, it's come and gone: Apple has announced a new iPhone. It's not the 5 that everyone was flipping their shit over, but it's the 4S, akin to how Apple went from the 3G to the 3GS. They've kept the same physical design, but all the tweaks are under the hood.

Is what Apple crammed into the 4S worth the upgrade for those with a 4 already?

What about older iPhones?

Will the pressure of an non-subsidized price for those who signed up on Verizon earlier this year be strong enough to keep those from upgrading? Will it be enough to sway people to drop the cold hard cash on the ETF to switch carriers and plop down up to $400 on a new device just to get away from AT&T or Verizon?

I'm trying to convince myself that the 4S is not really worth the money, but hey, let's find out, shall we?


First off, Apple unveiled the 4S with many new improvements over the 4. Better cameras, larger capacity, deeper speech-recognition integration, faster processor, new carrier, but are they all worth it?


Now, is it really worth it for you? Do you need a better camera? Is HD video recording essential? Do you have so much music that you need to double that existing 32 GB size? Are you absolutely sick of AT&T? Do you text while driving? If you answered "yes" to at least the last two options, then consider the 4S, but only if your ETF is outrageous.

For myself, AT&T's ETF is $325, minus $10 for every month of full service completed (or, in easier terms, each billing cycle you've completed). I got the 4 in mid April, so that makes...5 months of service. My current ETF is $275. If I sell the iPhone 4, eBay says the average selling price at auction in New condition is about $500, and $600 for a fixed-price listing in New condition.

Anyone with a sliver of their brain left wouldn't pay that much for the ETF, especially when the 4S is quadband. So, here's my proposal to myself: leave the contract alone.

I have the benefit of having a sister who wants an iPhone, but can get a full subsidization on her contract. I can get her to "buy" the iPhone 4S, and I can sell her the 4 for whatever amount I feel is appropriate. Sure, I could get up to $600 on eBay, but I would pay - wait for it - $875 for the 4S off-contract.

You'd have to be a fucking moron to do that.

If, next year, the iPhone 5 is what it's supposed to be (LTE, larger footprint = larger screen), then my AT&T ETF would be $120 less than what it is now, granted that Apple waits until the fall, like they did this year. $155 for the ETF seems much better than what I mentioned above, and the hop to Sprint would be that much sweeter.
at 5:10 PM