[UPDATE] So I bought it. GameStop was selling it for $60 brand new, and holy fucking ass crackers, that art book is delicious.

Here's my problem: I love Metal Gear Solid. Like, a lot. Enough to get pissed at the fact that there was a collector's edition of the HD Collection that came out and didn't learn about it until the UK version's limited edition was announced today. 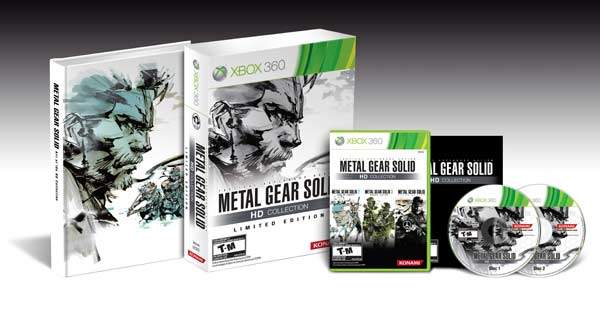 The image fluffs out what comes with it. It's pretty paltry - but I would LOVE to get my hands on that artbook - but let's take a look at the Japanese edition before we see what the Brits got:

The Steelbook alone is worth admission, and the shirt is just the icing on top. Sadly, Zavvi wants £70, which is the equivalent of $110 (mai gawd).
Thanks for the love, Konami. And before you jerks say "at least you got it first", hey, at least you're getting the damned thing. It'd be different if the Collection was US only, but hey, you're still getting the game.
at 1:17 AM