Alright, so I give in. The incessant need for me to complain/praise games is taking a back seat to school and work, so now, I'm giving reviews this way: I'm taking my former reviews and streamlining them, giving you as much as you need to know, but not inundating you with crap.

I'll be doing this is small bursts, with a small handful of games each post (something like 3-5 games each), so, you know, FYI.

What's (Not So) Great: Maps can be very overwhelming at first and the upgrade system is not as robust as you think a cybernetically augemented man would have access to (most of the upgrades can be avoided). Story can be hard to follow, but fans will definitely pick up on the little things that confuse those who's first foray into Deus Ex is this game (such as myself)

Bottom Line: This is an absolutely fantastic game. Even if you haven't played the originals, DE:HR is something everyone should play, and it's in my list of contenders for Game of the Year.

What's (Not So) Great: Restricted to melee combat for majority of the game, ammo in very short supply for guns, a lot of fetch quests are bullshit (which is most of the side missions), can't recruit AI characters for missions, some missions are glitched (such as giving people bottles of whisky for molotovs can result in you not even getting them). Your kick attack is all-too powerful, resulting in an attack than can't be interrupted, can't be blocked, and barely touches your stamina meter, if at all. The biggest gripe? Why the fuck am I restricted to first-person for driving? To add insult to injury, since this game takes place in a part of the world where the steering column is on the right side, the camera seems a little off, making it that much more difficult in managing it.

Bottom Line: Dead Island is what other zombie games aspire to be, but it falls short of the expectations we had since the initial trailer. There's a lot to do, but it's easy to get your ass handed to you. If only we could bring some AI friendlies with us on some missions, because, let's face it: a lot of people online are dicks, and they'll do what they can to fuck up your game. 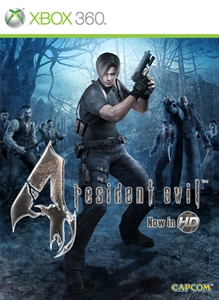 What's Great: Revisiting a game that sits second place to Ocarina of Time for Most Times Completed. This game is the pinnacle of early 2000's gaming, and was the forefather to the over-the-should gameplay mechanic used vastly throughout a lot of video games in this generation.

What's (Not So) Great: Updated textures makes the outdated models shine through. A lot of the eeriness of the game has been lost in the translation.

Bottom Line: If you never experienced Resident Evil 4, get it. Now. If you were a fan of it back in the day, then you're probably the fence-sitter when it comes to buying it. You've played it, now should you play it again? My answer is a yes.