Here's the meat-and-veg of this series of posts: Nintendo's conference. This is, quite possibly, the most anticipated press conference of all of E3. Nintendo is the only company who has confirmed to be talking about new hardware. As much as you want to ignore it, Nintendo is ushering in the next generation of hardware, despite being on par with the Xbox 360 and PS3. Nintendo may be a generation behind, technically speaking, they are still in the fight for market share, and they need to keep the momentum they built with the Wii, and bring the 3DS up to speed from it's abysmal launch last year.

I started writing this last week, and with Nintendo having their pre-E3 conference tomorrow evening, I've had to ramp this post up into full-swing and get it out by tonight, as to be out-and-about before they start talking. This post may seem rushed compared to Microsoft and Sony (for one, there isn't a recap at the end), but we can thank Nintendo for shaving two days off of their announcements and doing what Nintendo does best: do shit on a Sunday.


Nintendo will throw some numbers at as to start us off about how well the 3DS has done since it's price drop in August, but will quickly move into the new hotness. Regardless of in what order they talk about it, the Wii U will be the main attraction. Hell, if the fans get their wish, Nintendo may even change the name of the system to something not as fucking stupid. We may have said that about the Wii, but the Wii U is just lazy, and, honestly, fucking stupid. With the Wii U, we do know one piece of info we're not getting: the price. I would love to see a fucking hard drive on the Wii U; you make it standard, and your developers (first and third) will love you for it. That propriety Blu-Ray drive you supposedly have in there? Let is play movies! Don't cop out with the "everyone has a DVD/Blu-Ray player in their home", because that DVD/Blu-Ray player is your competition's machine: a PS3. There are plenty of features that the Wii U needs, and it's ultimately basic stuff that shouldn't have to be said, but this is Nintendo after all. 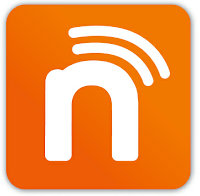 One thing you can expect Nintendo to really get into is their newly-rebranded, hardly mentioned Nintendo Network. We've seen sampling of it on the 3DS, but expect to see more info about it and what it can do for the Wii U at E3. What will N2 do for the Wii U? We've already heard about user accounts (essentially GamerTags, but for Nintendo) rather than friend codes, but what about the other, delectable offering that Xbox LIVE and PSN offer? Achieveables. The first Nintendo game that we got a taste of achieveables was Metroid Prime 3 (and the Metroid Prime Trilogy) and it's Medal system. I'd like to see them bring that over to the Wii U, as Nintendo has dabbled with it across 3 games. All they have to do is streamline and refine, and they have an achievement system that Microsoft and Sony have been playing with for years. Cross-game voice chat and party/clan systems would also be nice, but that's asking too much, especially from Nintendo.

With info on the new system out, Nintendo will jump directly into software support. What can we expect from Nintendo themselves? One feature I'd love to see about the Wii U is the ability to upconvert Wii games into HD (like how Blu-Ray players upconvert DVDs into a higher resolution). That would be a simple feature that should be in there, but going the extra mile, I'd like to see Nintendo really get into it and release a series of HD compilations of certain games. Don't go crazy, but do it the right way. The right way being how 343 handled Halo: Combat Evolved Anniversary. After that, it's hard to fathom why people are just slapping HD textures on 10 year old 3D models, adding in widescreen support (where applicable) and sending it out the door. Do it right, people!

Asides from revisiting older games just to fluff out the Wii U's library, Nintendo needs to bring the guns like they did two E3s ago when they blew the goddamned door off of E3; I mean, that panel is how I remember their conference. Regardless of the past, what I expect from Nintendo is a flurry of first-party games: new Mario, new Metroid, new StarFox, and a new Pikmin would be a great way to get the fanboys riled up. Notice one IP not listed? That would be Zelda. I don't anticipate a new Zelda announcement, but rather, Nintendo going full-steam with that Twilight Princess HD concept they showed off last year and re-release it as an HD package, filled with all the trimmings that the Wii U has to offer. Whether or not it'll be a launch title for the Wii U is to be determined, but considering they have full staffing available to treat a Zelda HD remake since Skyward Sword is done with, I wouldn't doubt it if it was at least announced.

With their third party support for the Wii U, one company I'd like to see a lot of love from is Ubisoft. Not only Assassin's Creed, but the Tom Clancy line as well. Assassin's Creed was already confirmed - be it AC III or otherwise is unknown - but what could we get from Tom Clancy, asides from Ghost Recon Online? Considering the play mechanics of it, a revival of EndWar could be possible, but god, I hope not. Considering the relationship between Ubisoft and Microsoft, don't expect any Splinter Cell announcements. Beyond GRO, I have no idea what Ubisoft would be able to pull out for Nintendo, but one thing that would blow your pants clean off your waist line would be Beyond Good & Evil 2, and, to go even bat-shit crazy, they could announce it as an exclusive launch title, but I'm not going that far. As far as other third party support goes, one huge factor in Nintendo's favor would be Activision bring Black Ops II to the Wii U to help sell it's online infrastructure. Every major Call of Duty game has been on the Wii, so it should be that far-fetched. EA would be another major supporter, but, seeing as this is Nintendo, I don't even know what to expect from EA. Dead Space 3? A plethora of sports titles? Some rando port? Who knows, because to me, EA is a wild card. 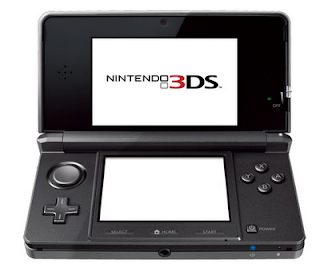 With regards to the 3DS, one of these burning items I wanted to get out there because of this little article, but unfortunately wasn't able to post before the reveal, was a new Castlevania game for the 3DS. Since I can't really throw in an E3 prediction for a new Castlevania game for the system, we already know that Konami will be showing off more info about the recently-(unofficially/officially)-unveiled Castlevania: Lords of Shadow - Mirror of Fate at their pre-E3 presser. As far as other 3DS games go, I'd like to see some Metroid love (will it be Dread? Highly unlikely); hell, if they unveil Metroid Dread for the 3DS, Nintendo can stop talking about 3DS together, as long as it isn't from Team Ninja. There's the obligatory rumor of Nintendo unveiling a 3DS redesign; I wouldn't expect it to be there, but I wouldn't be at all surprised if it was shown off. What else could we see happen on the 3DS? I would love to see more third-party support, with more games being announced, rather than cancelled. What could Nintendo talk about with their own first-party support? Well, first off, let's talk about those A Link to the Past 3D remake rumors (and the fan following on Facebook about Majora's Mask 3D) and give us something concrete about this. What happened to that Zelda game that Aonuma mentioned way back in November? This, combined with the possibility of Twilight Princess HD for the Wii U, I can see Zelda being a huge crutch for Nintendo at E3 this year.

What else could we see from Nintendo? They are, by far, the hardest to make solid predictions for, as their track record is very hit and miss, as they can either blow you away (see the Penny Arcade comic above) or absolutely underwhelm (see every E3 for the past 3 years prior to aforementioned conference). Nintendo has the most anticipated conference, the most to prove, and the most to gain. Interest in Nintendo has been dropping since the 3DS's introduction last year (from a retail standpoint, you could see it happening), so Nintendo seriously needs to bring their A+ game tomorrow and Tuesday.