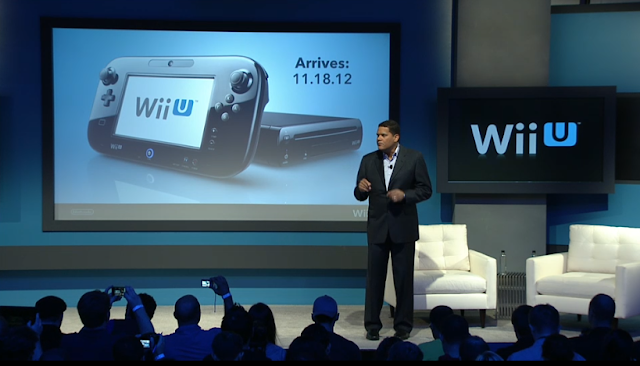 Reggie just announced the Wii U is launching 2 weeks prior to the Japanese release, hitting the States on November 18, in two flavors.

The Deluxe edition, primarily the one just about everyone will be buying, has everything listed in the shot: 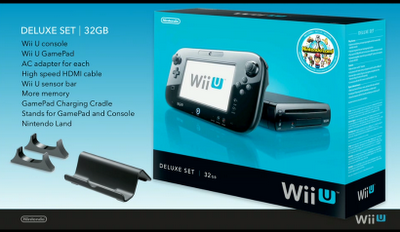 And yes, that's Nintendo Land as the pack-in game. For those with strained eye-sight:


The Basic pack has everything north from the additional memory; you're only getting 8 GB here.

As stated, we have two months until release, and here's your pricing: 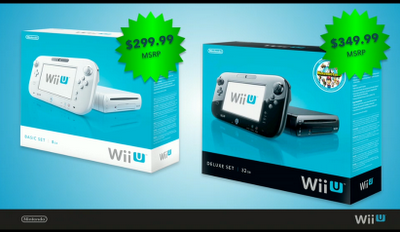 Enjoy the wallet crunching, ladies and gents; it's going to be a bumpy holiday season.
at 10:21 AM