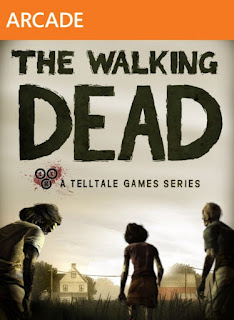 What's Great: Fantastic end to a fantastic story. The revelation towards the end was a pretty good shocker...highlight the rest to read: the guy on the walkie was the guy who owned the car you ransacked at the end of Episode 2. He also knows (just about) everything you've done since the beginning of the game, thanks to Clementine and the walkie talkie. He serves more of a recollective purpose of the story, a way to reflect on your decisions thus far. I honestly didn't expect him to be tied in this way, and surprises are always nice. It's also not clear if Kenny actually died - at least in my playthrough - when attempting to save Ben (yes, he came along with me); I wonder if Kenny would've come with me if I had not saved Ben in Episode 4....

What's (Not So) Great: The season 2 cliffhanger. Goddamn, did I fucking yell at the TV.

Bottom Line: I...just...it's hard writing this. I knew what was coming, I knew how this would end, but goddamn it, Telltale, do you know how to pull at a man's heartstrings. I damn neared cried at the end, and I haven't done that since Final Fantasy X.

You owe it to yourself to play this in it's entirety. $5 an episode, $25 total, or $30 for the retail package next month. You won't be disappointed.

(I beat the game, made a few choices that actually fell with the minority of players, and nearly bawled like a fucking baby at the end.)
at 9:33 PM 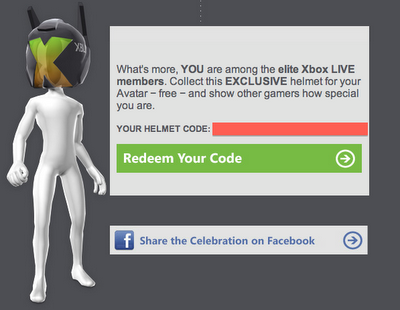 You know that fancy-schmancy Xbox 360 that Microsoft is sending out to those that've been on Xbox LIVE Gold ever since it's inception 10 years ago? Well, it looks like they're sending out something else.

I've been on Xbox LIVE for 7 years, if you believe my "Tenure" status on my XBL profile. It's been an on-and-off relationship, as I'm currently a Free/Silver subscriber (membership expired a few weeks ago).

I just got an email from Xbox LIVE Rewards VIP Exclusives, including some snazzy stats (check out the full image after the break, tho, it says I have 0 friends (lies!), 0 hours in entertainment (believable) and 0 hours in multiplayer (definitely believable), all over the course of the past year), as well as as voucher for the little number you see above: an Xbox Anniversary-themed Helmet. It may not be free Gold, or that special system, but free, exclusive digital content to show off to others? 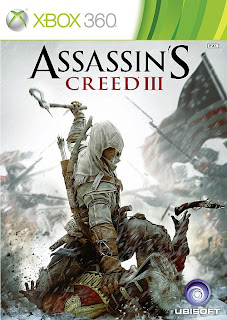 What's Great: I initially gave a skeptic's eye to the idea of the Frontier: a land devoid of buildings, save for a few shacks or outposts, full of Red Dead Redemption in Colonial America. It turned out to be better than I anticipated, considering the vast amount of trees and cliffsides that allowed for climbing/free-running.

The hunting, while given more of a spotlight during the the games various tutorials than Red Dead Redemption, is more robust, what with snares and bait. You can even scan clues laying about that will indicate a certain creature, which will add to the database for that region, and will ping one for you to track and kill. But unlike RDR, you shouldn't sell the pelts or teeth you get, but they end up being supplies for crafting.

Even though Ezio is no more, I enjoyed him up until Revelations, where he became kind of annoying. Connor is actually pretty cool, but he wasn't worth his salt until he became an adult and donned the Assassin's gear. After that, the game came together, and felt like a new entry in the franchise. It's more Assassin's Creed, which is something I love.

Why I Switched from iOS to Windows Phone, Then Came Crawling Back [UPDATE]

For a while now, I've been complaining to friends and family of how "boring" iOS is. It's the same apps, the same bullshit on the phone, the same interface...Apple isn't doing enough to make iOS feel new with each major update. I even had friends tell me how much I'd miss iOS; I brushed it off with enough reasons that I would tell myself it was the right decision to make.

iOS 6 brought two major updates: Maps and Passport. Unfortunately, Maps was horrid, and Passport is lackluster, at best. It started to feel as if Apple was running into a wall, and kept trying to make the best of it. The GUI has been the same, and it feels old.

That's why when Microsoft unveiled Windows Phone 8, I was actually pretty excited. Android is essentially a copy/paste of iOS, so I know I won't fit in there. Samsung's Galaxy S series, while nice, isn't enough to get me to switch. With WP8 (and WP7 before it), there was a huge draw: mobile Xbox Live games.

Sure, there's your Angry Birds and your Fruit Ninjas, but it's the prospect of Xbox on WP8, the allure, the idea of it. Simply being able to play games on the Xbox service on your cell phone was just enough to get me to switch.

Sadly, I'd find out soon enough that wasn't the case.

This past Friday, November 9, I stopped by Best Buy when I got off of work to pick up the Nokia Lumia 920. After debating between HTC's 8X and the 920, I finally settled on the latter. I waltzed in, sat down at the desk with an employee who I know, and had them hook me up with the 920. After a small snafu of the contract renewal not packaging out with the phone, I walked out with a new phone, and relieved of $105. Since I'm grandfathered into AT&T's Unlimited Data, I was afraid I would lose this going to an LTE/4G device. Nope! I was actually upgraded to "grandfathered unlimited LTE/4G data". Good Guy AT&T!

Before leaving, I set up a few initial things on the new phone, such as connected accounts - Live ID, Facebook, Gmail - and the sorts, and headed home. On my drive home, I found that my iPhone was receiving emails quicker than my Lumia. "Maybe I didn't enable Push settings," I thought. While at a red light, I scurried through my settings; the quickest syncing option I had was every 15 minutes, despite having Push enabled on my iPhone. Whatever, I figured there may be something else.

I got home, perused the Store, found a few apps and trials, and settled on buying Angry Birds Star Wars (good goddamn, that game is fun). Going to dinner that night, I found my phone quickly dying, but it only had half-battery. Again, a paltry "whatever" was thrown my phone's way, despite the phone dying while at dinner. I got home, threw it on the charger, and waited.

"This phone takes for-fucking-ever to charge! My iPhone would have had a full battery by now if it was dead, too!"

That was the first thing I noticed that was bad about the phone. The list would quickly climb during Saturday, then culminate today, hence the post. I started to compile a physical list, coincidentally using Notes on my Mac, and had a bit of a Bill O'Reilly moment on my hands: 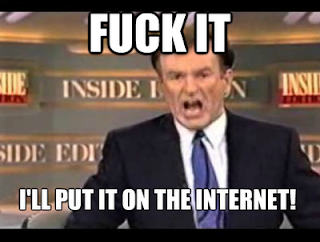 Rather than banter on and on, here's the list: