Masachika Kawata on Resident Evil: "We should always start by asking how do we make the games better" 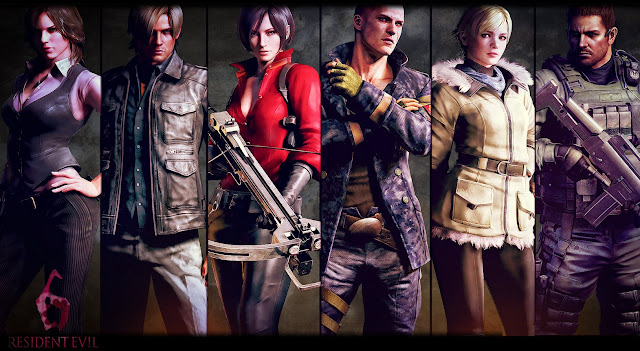 Late last week, I ran a piece, calling for a reboot of Resident Evil. Today, Video Gamer ran an interview piece with Masachika Kawata, the producer of the series as of late, who keeps going on and on about how screwed the franchise is. First, he said it's up for a slight reboot. Now, he's come a few words short of basically saying "we fucked up".

Kawata-san began to reflect on the recent history of the series, saying "I think certainly looking at the last year or two, there probably were a few too many." Now, he never offered an apology for the series' awful games for the past two years, but at least there's some soul-searching going on: "I think we learned last year that putting on a lot of titles would not necessarily win over gamers. At the same time, I don't think we should just stagger them out artificially because that's the solution to the problem we have."

Finally, he offers up a quasi-solution for a possible stability to the franchise's future: "We should always start by asking how do we make the games better. And if the solution to making the games better is to have a more staggered release than we've had recently then that's something we'll do. But we'll do it for that reason and not just for flipping what we've done already."

The issue with the the franchise isn't this divide between "survival horror" and "action shooter", or putting out too many games. The franchise is now split between two "eras", so to speak: Ante Quattuor (Before 4) and the Common Era, and is now known for two distinctive gameplay types. Capcom, rather than stick with one or the other in one release, tries to blend the two into one package. Sadly, they're not meshing the two gameplay styles together. They're dividing the game, literally, with the two styles. Revelations has your "classic" gameplay under Jill, while your current, or "common" gameplay, packaged with Chris. During no point in the game do the two styles mesh with each other. The same can be said with 6, but with three characters; replace Jill with Leon, and inject your shark-jumping with Wesker Jr. Jake.

Capcom wants to appeal to everyone with one game, but that's nigh impossible. The problem with appealing to everyone is having a clashing of ideas that don't compliment each other. By including four different campaigns, you're telling the story across four different characters, with different play-styles. That might sound fun, and even great on paper ("There's something for everyone!"), but things start to blend...in a bad way. When you're being chased by a wall of fire and an exploding tanker down a highway, leaping from a tractor trailer onto a hovering helicopter with a zombie latching onto your leg, only to have said helicopter crash into a building and land precariously into a giant, suspended LCD-based display, surrounded by zombies, shit starts to get weird.