Building off of today's announcements, Nintendo is already leading 2014 in an incredibly strong way, and they need to keep this momentum up. They need to continue with the advent of news, but they shouldn't wait until E3. Last year broke tradition, and Nintendo held a series of press conferences across a few days, focusing on various aspects, rather than strain themselves to release an onslaught of news within an hour and a half.

Now, E3 is five months away, and we've had this discussion ever year before. This year, Nintendo really needs to get the lead out, stop fucking around, and get their shit together.

Back in 2012, I wrote a huge five-piece editorial on what Nintendo can do to help their image and their next generation. I've yet to hear back from them about what I wrote, so it's doubtful they took anything to heart. Looking forward to E3 and Nintendo's second full year in the market with the Wii U, they need to pull out their guns, drop the fucking bomb, and let loose on the industry to show they're here for a long time.

Well, Today Was Fun for Nintendo

We've seen the stories about how terrible the Wii U is doing. Looking at sales information, it's sold a respectable 5.5 million units since it's release in November 2012; that's about 400,000 per month. In that same chart, the Xbox has sold 3.2 million (Microsoft says 3.9) and the PS4 has 4.6 million of itself out there. These systems came out just two and a half months ago. The Wii U is getting spanked in sales.

Who's fault is it for a system performing this poorly?

"It must be the third parties, since they're not releasing any games on it; why would we pay for a system with nothing to do?! Surely it's not Nintendo's fault; they're releasing games on it constantly!"

This argument is heard too often, it's almost deafening. The lack of third party games isn't something that can be used as fodder; three high-profile games were released for the Wii U this past holiday, Batman: Arkham Origins, Assassin's Creed IV, and Deus Ex: Human Revolution. In two months time, Watch Dogs hits the system, despite the flurries of mistakenly cancelled pre-orders. Soon enough, Donkey Kong makes his way back to a home console, with Mario Kart sometime this spring, and a new Zelda game and Smash Bros. 4 hitting both the Wii U and 3DS this holiday.

The system has support, but no one's buying. One story that's been making the rounds in the past few months is Nintendo's stubbornness to assist third-party developers in times of need. And not just being stubborn, but the inability to break down language barriers when assisting overseas developers. Take a gander at this excerpt:

"After about a week of chasing we heard back from the support team that they had received an answer from Japan, which they emailed to us. The reply was in the form of a few sentences of very broken English that didn't really answer the question that we had asked in the first place. So we went back to them asking for clarification, which took another week or so to come back. After the second delay we asked why it was taking to long for replies to come back from Japan, were they very busy? The local support team said no, it's just that any questions had to be sent off for translation into Japanese, then sent to the developers, who replied and then the replies were translated back to English and sent back to us. With timezone differences and the delay in translating, this usually took a week!"


...carry the 6, multiply by 3....drop the zero...that's about 3 weeks to get an answer from Nintendo. On the other hand, Microsoft (despite criticism on how they handled indie developers) and Sony are nothing but pleasurable when speaking with, in regards to development woes. Fuck, Sony even has an in-house team dedicated to building relationships with their third parties, called, get this, Third Party Production.

I have yet to hear of any effort from Nintendo about strengthening their absolutely awful relationship with outside developers, until today.

[UPDATE] Just what is Going on with Tomb Raider: Definitive Edition's Release Date?

[FINAL UPDATE] Best Buy has updated their site to show January 28th. I confirmed with an employee, as their inventory system shows January 28th as a release date, and my order is already placed.

[UPDATE 2] Get this shit: Square has lifted the street date and review embargo, so it's flooding the gates. So far, GameStop is selling what they have now, but Amazon still shows January 28th, while Best Buy still shows February 4th (and calls to a few stores show don't even have them in stock). I guess an obligatory "YMMV" applies.

[ORIGINAL STORY] With the marketing campaign in full swing with the impending release of Tomb Raider: Definitive Edition's release date, I started to look into the best place to pick it up from. Since I have some rewards racked up through Best Buy - and the Gamers Club Unlocked 20% discount - I looked there first. I know the game comes out at the end of the month; I mean, the advertising says so.

I go to the site, go to click on "Add to Cart", but something was amiss. It just didn't add up:

Wait. "2/4/2014"? Why does Best Buy have the game listed for a whole week after the actual release of January 28th. I decided to look around. What I started to see was just downright fucking weird. [UPDATE 1] I went to a local Best Buy store to check with them, and even crazier, the game doesn't even show in their inventory system. Now that is just downright fucking strange.

I jumped over to other places I either frequent, or go to only in only times of true desperation. Amazon and GameStop, respectively, both have the game listed as released on January 28th, but GameFly has it for January 30th, a Thursday; what kind of heathen releases video games on a Thursday?

I honestly can't find a reason behind this. I checked over upcoming major releases: Thief still has a release of February 25, and Infamous: Second Son is still showing up on March 21, and, hell, even Titanfall still has March 11. So what gives on a week delay for Tomb Raider? Did Best Buy piss off a distributor that much?

See beyond the break for screenshots of Tomb Raider on other sites.
Read more »
at 8:20 PM

What Broken Age is Trying to Say 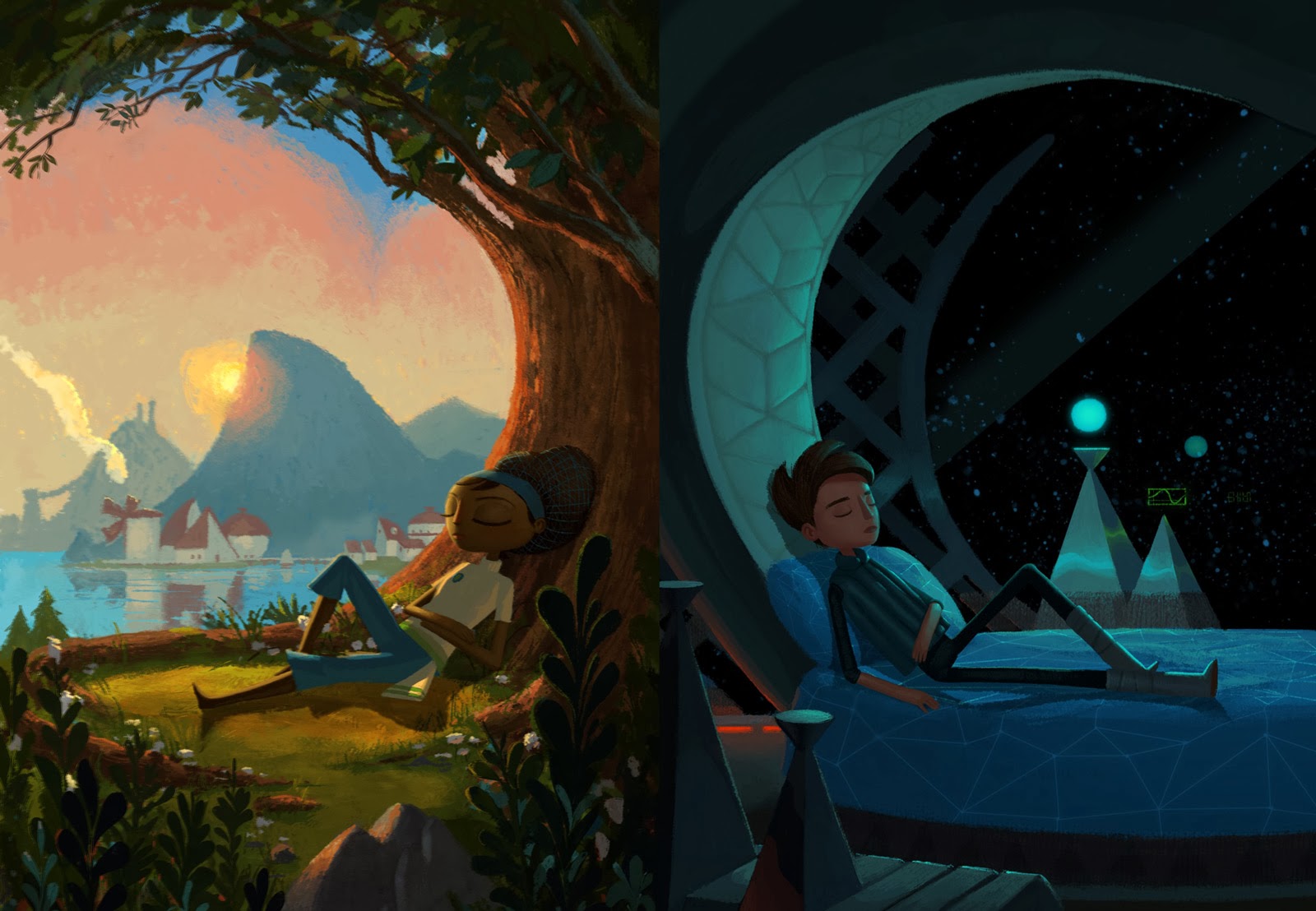 After almost two years of waiting, we finally have Broken Age, the hot-mess of a Kickstarter campaign that earned 825% of it's original asking price. About a year after development, Schafer announces that they're having to split the game in half because they ran out of money. They would release the first half on Steam's Early Access program, then use proceeds of the sales from the first half to fund the second half, to be released for free for those who have the first half. Just a few days before launch, they change it from Early Access to a Season Pass, but still split.

People weren't necessarily pissed about the release schedule of the game, but rather, outright enraged. Tim's "business practice" of taking in nearly $3 million more than what he was asking, eating it all up for a point-and-click, then asking for more money through the sales of the first half of the game. To all, it was very questionable; why take all this money, then need more? As a recent (selective) admirer of Tim - since Brütal Legend - I've never noticed it before, but apparently, this shit happens all the time with him, which is why no big publisher wanted to touch this game: it was rife with potentially bad karma.

If you keep reading beyond the break, please keep in mind that I spoil the fuck out of this game, so if you read further, you're either a complete badass and just don't give a shit, or you've beaten the game. Either way, you've been warned.

Regardless of how infrequent I post, I still play the shit out of my video games. I'd rather not drag this out any further than I need to, so I'm just going to give you a handful of my favorite games of the year, in order of release (except for the coveted Game of the Year), plus a few things worth mentioning. 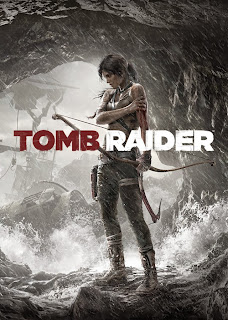 Say what you will about reboots, I really do believe that the re-imagining of who Lara Croft is struck a cord with me. I have a confession: I never liked Lara Croft. Never did. There's only so many women in games, and when you think of powerful, stand-out, female power-houses, Lara is towards the top of the list (only below Samus Aran, who I feel to be the most powerful female figure in gaming). I only started playing with 2006's Tomb Raider: Legend, but seeing as the reviews for every game since Tomb Raider III have been on a constant downswing (until Legend came along, then started the downfall all over again) - and sales being relatively strong (Legend, the first one after "holy fuck, what the shit is Angel of Darkness?!", scraped by with 1.5 million, Anniversary pulling in 2.3, but a soaring 3.3 million for Underworld) - it was time.

When Square decided to announce the reboot, things were shaky. The last few games weren't all that bad; hell, I enjoyed them, and they were my first Tomb Raider games. I didn't mind for the reboot, but a lot of people just moaned and groaned: "ugh, another fucking reboot?" Square had it in their right mind to do so. Tomb Raider games haven't been great. Thing is, I walked into the reboot with low expectations. I watched a few gameplay videos, I watched a trailer, and I was following the purported "rape" controversy (even though this is coming from a man, there was nothing "rape-y" about that scene). I walked out pleasantly surprised and felt wanting more of this new Lara.

The entire game was fantastic. It made me care about Lara, and while some of the pain she suffered was too over-the-top for someone to keep going (see: rebar), the reboot was a success to gamers and critics. Tomb Raider launched March 5, 2013. Square's fiscal year ended March 31. They considered 3.5 million sold in 3 weeks to be "weak" to the point of re-releasing it on new-gen systems. You can't deny that the game was a blast to play.