First things first, Sony is riding high into this year's E3, still rolling off of success after success. Their head is high, their horse is brushed pristinely, but it's going to be fairly easy for them to stumble this year; last year's E3 was a high point in the house of PlayStation.

Since launch, the PlayStation 4 has outsold the Xbox One month after month, even during March when Titanfall launched. They launched Infamous: Second Son to very solid reviews (and even better sales, even though it's here in software sales that Titanfall won), they have the - purported - best version of Watch Dogs to play, The Last of Us: Remastered is up for a summer release - as is PlayStation Now - and it's only May. 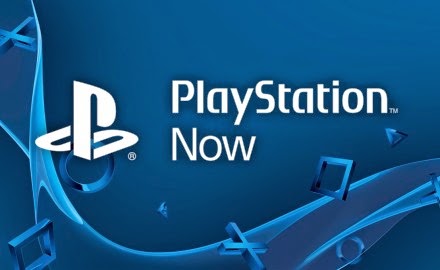 The biggest thing that Sony needs to talk about at E3 this year: a full reveal and run-down of PlayStation Now. It was teased last year, it was officially unveiled earlier this year, and now, it's time to show it off. I want to see real-time demos. I want to see how a PS3 game will play on my Vita. I want titles, availability, full pricing structure...the whole shmagoygle. This is a key differentiator for Sony, as it gives you access to the PlayStation history - not library, but history - across a multitude of devices, and it's effectively their backwards compatibility solution disguised as a digital rental distribution system. It's Netflix for games. It's GameFly if they had this ability. Hell, if Sony can price this right, and stream qualities are sufficient, GameFly may have to work on a game streaming service themselves. 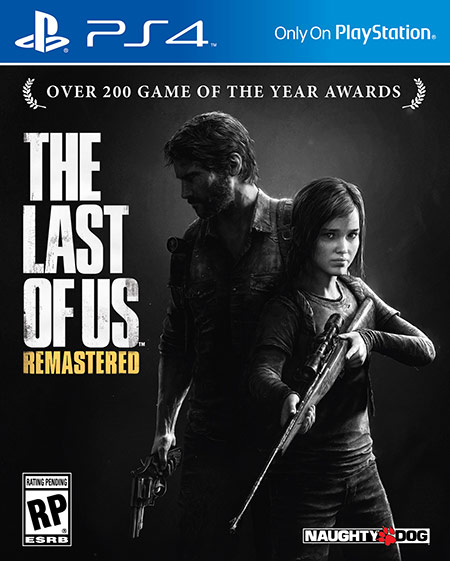 I want to see how good The Last of Us: Remastered this game looks (and know when I can play it); Naughty Dog hasn't shown us shit in terms of how good it actually looks. They've explained that the character models used in cut scenes are now the in-game character models, so that gets me all giddy. Yes, it may have been hell on them, but it's a vital learning experience for their future projects.

Speaking of Naughty Dog, I can tell you this right now: other than a trailer, Uncharted 4 will not show up. They teased last year, but after all of the key departures from Naughty Dog - especially those that have worked on Uncharted since the franchise began - this sets back Uncharted 4 to, at the very earliest, Holiday 2015. For a recap, you had five key Naughty Dog employees leave: most importantly, Amy Hennig, head writer and creative director of the series, now at Visceral, working on Star Wars; Justin Richmond, director of Uncharted 3 and would-be-director of Uncharted 4, is now at Riot Games; Nate Wells, lead artist for TLoU, only two years after he left Irrational, and now at Giant Sparrow; Michael Knowland, lead character artist for TLoU, but has yet to announced where he's going; and Todd Stashwick, the voice actor heard in the Uncharted 4 trailer, recast after Amy left. You may not question the first four at all, but Todd was also a key piece: he was the first thing we, as gamers, heard when it came to the announcement. Recasting him this early doesn't look good. All of these departures will affected the development of the newest installment, regardless of what Sony says.

There is (another) silver lining with this: I firmly believe that Naughty Dog, in re-releasing The Last of Us on the PS4, are "translating" their skill-set from the PS3 to the PS4, learning how the PS4 works. By doing so, this will only make how Uncharted 4 plays and works that much better. I still have faith in the company, but I eagerly await whatever the former Doggers (can...can I call them that?) are going to be doing.

Despite the delay, we should get more details and trailer on The Order: 1866. It's a game that I don't have on my radar, but the more I see of it, the more interesting it becomes. I know there's pedigree behind it - Ready at Dawn and Santa Monica Studios - which is why I expect Sony to be talking high about this game.

Even though Santa Montica is helping with The Order, Ready at Dawn is the primary developer, and there's no other titles known that Santa Monica is working on directly, which is why I want to see a new God of War game, on the PS4. Yes, I know that Ascension just came out last year, but an actual sequel to God of War III is what we need; it's been four goddamned years. Ascension wasn't needed, and it's only function served was to fund a God of War sequel. Remember what happened to Kratos? Impaled by himself with the Blade of Olympus, removed by Athena, then you get the above shot of a blood trail, leading to a cliff edge? Yea, we still don't know what happened, other than the theory that he finally finished what he started at the very beginning: ending his own life (or the theory that his brother, Deimos, swooped in and saved his ass). It's about time to continue (or finish) that story. Better yet, let's continue with David Jaffe's original vision of Kratos, and turn him into Death, and have him take on the New Gods.

The Vita is still struggling, even still after a recent, high-profile release on the system (that bombed). The Vita is to Sony as the Wii U is to Nintendo. I need to see what Sony plans on doing with the Vita, other than being a way to play my PS4 away from home. I need to see games for the Vita. New entries in established franchises are the best way to push this system, but ports of PS3 titles and games that use shit touch controls aren't going to cut it. Neither will outsourcing your games to developers who can't cut it like the real team can (see: Uncharted: Golden Abyss). Jak & Daxter could find new life (read: could) on the Vita in terms of a sequel, likely as a Cross-Buy game, available on the PS4, as well. Naughty Dog did reveal they are working on two different projects right now in addition to TLoU: Remastered (Uncharted 4 being one of them), so a Jak sequel isn't that far-fetched.

Ratchet & Clank need to take a break, so don't expect them to show up. A sequel to All-Stars Battle Royale won't happen any time soon, either. We need to see a new Final Fantasy Tactics on the system. A Vita-exclusive God of War game would drive units, especially if released near God of War IV's release, and offered some sort of tie-in (exclusive characters, skins, etc). Any new IP for the Vita will be fantastic, and make sure it's something that is not gimmicky on the system or make laughable attempts to utilize the touch screen or pad on the system.

This is probably the most difficult one to throw out. Sony has been, to a point, the most transparent of the three. Nintendo's wild card was more of a wet dream (and something that should happen). Microsoft's was breathing life into a long-lost developer. What exactly could Sony do that would make every go fucking bonkers?

There is so much potential with PlayStation Now outside of a rental service or a solution to backwards compatibility. Taking from what I wrote back in February, they can make it more than what it currently is, and turn PlayStation Now into Sony's version of Family Share. You still get your rentals and digital distribution streaming, but on top of that, digital licensure for your physical copies. Simply take the good of the Xbox One's Family Share - get digital copies of your physical games - remove the bad parts - required 24-hour spot check, regardless if you have the disc in the system as a fail safe - and add in your own spin on things - tie it into PlayStation Plus without increasing costs - and you could have a fucking killer on your hands.

Going further, this could help with the flailing Cross-Buy promotion. Rather than have developers make two versions of the same game for two different platforms, then give one away for free, make one version (PS4), authenticate it with PlayStation Now, and stream it to your Vita for Remote Play. Just one step further, offer an option to cache the game to the Vita. You can already play PS4 games on the Vita, but rather than rely on your home internet, your PS4, and your Vita's wireless connection, you remove those first two factors, and let that rest on Sony's shoulders.

That is your solution for a seamless experience in your ecosystem, a killer way to get Microsoft to rethink their own Family Share (and possibly Steam), and lighting a fire under Nintendo's ass to get up and do something with their own games.

Our last entry, third-parties, are up soon. This one's gonna be pretty involved...
at 9:13 PM