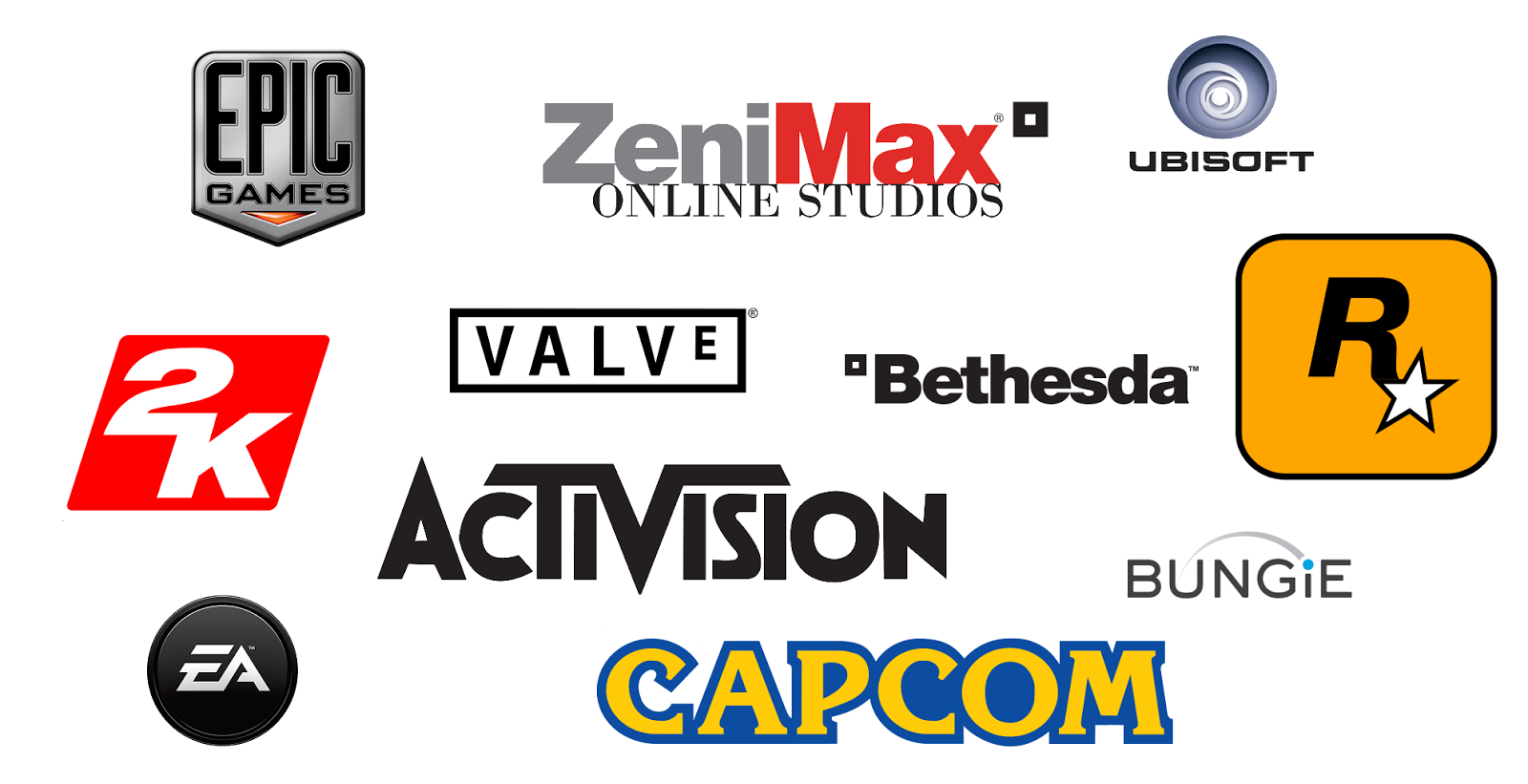 While the Big Three will most likely have some third-party action on stage, every major player is going to have their own announcements to make, most of which will have their own press conference.

Out of everyone, EA has already promised the most. They said that they have six (yes, six) new game reveals planned for E3. That right there could be anything from a brand new game reveal in an established franchise, a new IP, or just a huge reveal on a game we already know about. I would hope their six games don't include any entries in their annualized sports games. Here's a cautiously optimistic list of what I would like to see EA talk about:

The only far cry game on that list is Dead Space 4. Considering how badly Dead Space 3 was disconnected from the franchise and what the first two games stood for, EA may want damage control with the franchise. I would only expect a teaser trailer for DS4 and a 2015 release, considering Visceral games are working on two projects right now: the newly announced Battlefield: Hardline, and a new Star Wars game (which Amy Hennig, former Uncharted creative director, is now working on).

The other possibility for Visceral is a Dante's Inferno sequel, though this is unlikely, considering the luke-warm reception the first game received. It's not the cash cow that EA thought it could be, but considering that EA hired a new writer, Joshua Rubin, with his bio page saying he is "the sole writer for a Major Unannounced Sequel from Visceral Studios at EA Games," we could very well be seeing a Dante's...Purgatory? Regardless, Visceral Games is a major studio for the year, with three major franchises - Dead Space, Battlefront, and Star Wars - so expect EA to put them front and center next week.

Everything else on that list is expected: we know a Mirror's Edge reveal is imminent, seeing as it was teased last year; Bad Company 3 was my original choice, that was until Hardline was leaked/confirmed; the rumored Mass Effect Remastered Trilogy could be announced, fixing a lot of the bugs and issues from across the franchise; and a new Battlefront game is already confirmed, but no information is given.

A full run-down of Assassin's Creed: Unity is fully expected. The setting of the French Revolution is the only piece known, and everyone needs to stop slapping the Eiffel Tower on an Assassin's Creed logo (because history). Will the assassin be in the Desmond family tree? Is this going to be in the same scope of Kenway from Black Flag, where he's in Desmond's family, but you're an Abstergo employee sifting through the memories? Will there be a significant jump in tech and the abilities of an assassin now that we're in next-gen, or will this simply be a last-gen game with slightly better visuals and an endlessly infuriating free-run mechanic??

The rumored Assassin's Creed: Comet could be revealed (made only for previous-gen systems), as well. This one is, by and far, the most perplexing one, as there has been zero information regarding this, even with leaks. To what extent is Comet, anyway? If anything, it should be similar to how Ubisoft handled the dual-generation release of Splinter Cell: Double Agent, where the Xbox and Xbox 360 had a different set of missions for the player, but told a very similar story. Wikipedia phrases it as the games "share the same general plot but feature different storylines, plot twists, and levels. Even the levels they share have completely different level designs." This could very well be what Comet is: telling the same general story as Unity, but maybe this time, using a different assassin or perhaps even - getting crazy here - the view from a major Templar role interweaving with the assassin's story in Unity.

With Watch Dogs enjoying it's phenomenal release, I would love to have some DLC reveals. I have yet to beat the game as of this writing, but I firmly believe the game is cemented in the Assassin's Creed universe. Perhaps some intertwining DLC? Maybe a Digital Trip where Aiden gets a hidden blade and rampages through a district in Chicago? Maybe some assassin skins, like Kenway or Ezio, but in modern day garb that resembles their respective assassin's robes? Regardless, there's endless potential for interconnecting DLC with the two franchises, especially considering the already available Season Pass. 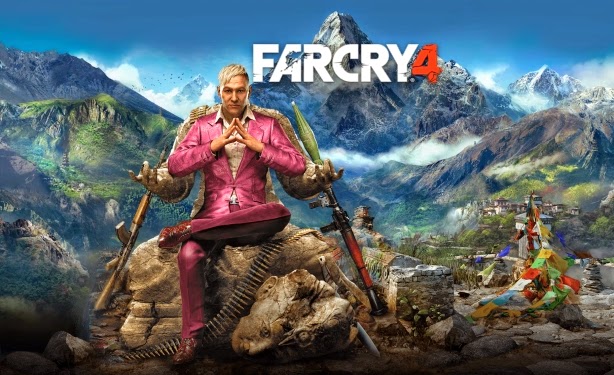 Far Cry 4 was just announced, with an E3 reveal promise, so there's a given. The Division was just delayed, again, well into 2015, so don't expect anything from them, other than a shiny new trailer. Speaking of Tom Clancy, Rainbow Six: Patriots should make it's re-debut as whatever they've turned it into, but don't expect Sam Fisher. Beyond Good & Evil 2 teasers and the lack of information has gone on for far too long; it's about time we saw something, but it's doubtful.

I'd like very much to not talk about Activision, but I have to. Call of Duty: Advanced Warfare is going to be shown. This is one of the many guaranteed games that will be at E3, and they will hype it to be the greatest goddamned thing ever. Now, I must say, the trailer got me a wee bit excited, but not enough to buy in to it. I want to see more. I don't want to see another Call of Duty with a horrible campaign, whose levels are poorly constructed linearity that offer nothing to the franchise or genre. I want to see innovation, and this is Sledgehammer's first full-on game in the series, so perhaps they may be able to breathe new life into it.

Capcom, oh, Capcom, what are we going to do with you? I am hoping for a Resident Evil reboot, and have been calling for one since early last year. Since RE5, the franchise has been shit. Don't doubt yourself; RE4 was a fantastic, much needed revitalization. Since then, however, the franchise has jumped shark after shark; hell, it might as well have jumped a goddamned megalodon at this point. Capcom needs to start over, and either bring back Shinji Mikami and let him have creative freedom (look at the success he's had since RE4, but seeing as he's far removed from Capcom, it's highly unlikely), or outsource. Capcom can't do their own franchises justice, and we've already seen what western developers can do for an aging Japanese IP, especially one of Capcom's own, mind you.

Speaking of outsourcing, will we see DmC 2? Ninja Theory is currently working on a brand new IP, about a year already into development, so don't expect DmC 2 to be announced with Ninja Theory helming it.Will Capcom bring this back under their own teams? Considering their excuse for poor sales was "excessive outsourcing", it's quite possible. 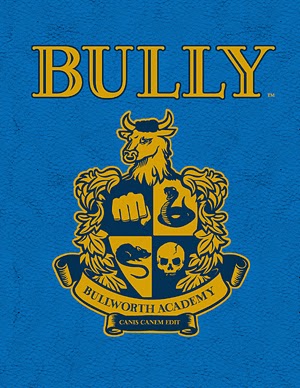 Rockstar has something up its sleeve, as it's announcing a brand new title for current-gen systems, releasing this fiscal year (through March 2015). I would love a Bully sequel, with Jimmy in college; the time lapsed since the first game puts him in a college environment, so it makes sense to continue now. The other candidate for "yes, please" would be a new Red Dead game, and with Take-Two's CEO hinting at it, this could be the one with the most steam. I ask of you to please, don't continue with the Marstons; their story ended with the epilogue mission as Jack, and there's nothing more to explore.They may go for a brand new IP, so all bets are off on what it would be (but involving guns would be a great starting point).

The safe money is on a port of GTA V, or in the very least, GTA Online. The racing market is getting over-saturated as of late, so it's best they lay off of Midnight Club. Max Payne isn't needed, so any sequel shouldn't be announced. Whatever it is, I say an early 2015 release is expected.

Bethesda/Zenimax had better show something that isn't Elder Scrolls Online related, and announce Fallout 4. I'm a recent fan of the franchise, finally buying Fallout 3 and thoroughly enjoying it. Since I live in the DC area, I guess that was an additional driving force for me. There is absolutely no goddamned way Elder Scrolls VI will be announced; just give it a few more years. Through Zenimax, we have id, which should show off the Doom reboot; since Wolfenstein comes with the Doom beta access, it should be on the showcase.

Valve. I shall not mention the-game-that-shall-not-be-named, simply because I don't want to ruin the itty-bitty chance of us hearing about it. Seeing as Gaben shocked people by pledging support to Sony with Steam, starting with Portal 2, there's really nothing I could even attempt to predict. Nothing more has come since then, but some crazy shit could happen. I'd like to see more information about SteamBox, honestly, but it's running on Valve Time right now. I have little faith that Left 4 Dead 3 will be shown, despite the flurry of rumors over the years.

Since Epic sold Gears of War to Microsoft, they only have two properties that I expect: Unreal Tournament and Shadow Complex. They've already said a new Unreal game is in the making, but it's going to be a while; at least a trailer could be shown. It's been far too goddamned long for them to tease a Shadow Complex sequel, and I'm dying for a sequel (I need my Metroidvania fix). There's so much more they can get out of a sequel (for example, a giant fucking map). They could show a Bulletstorm sequel, but I think they could do the industry a favor and just let that franchise die. 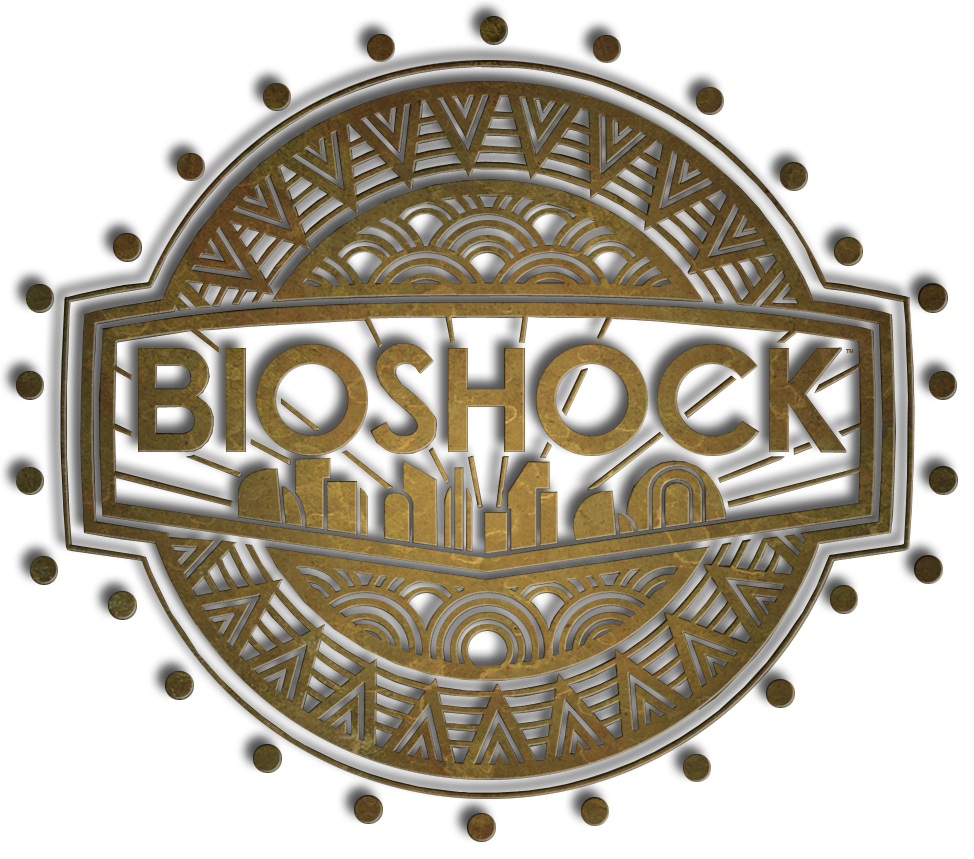 I mention 2K only for one thing: BioShock. Irrational Games is no more (rather, most of them can be now found at Day for Night Games), so Ken Levine will have nothing to do with it. A small part of me would like 2K to just let the franchise end with Infinite, but seeing as I firmly believe Ken's hand was forced to try and annualize the franchise (the delay of the game into 2013 from a holiday 2012 release was due to the botched multiplayer they released as the Clash in the Clouds DLC), this is incredibly unlikely.

In the same link I mentioned about the Take-Two CEO regarding Red Dead, he also drops hints that future BioShock games are in the pipeline, handled by 2K Marin, who was responsible for BioShock 2. While a solid game, it was something that wasn't needed. If you finished both episodes of Burial at Sea, they wrap everything up in a nice, neat little package, topped with a bow. There's no further need to continue BioShock, but considering we're all in it for the money, we may actually get a teaser trailer for a new BioShock, or possibly just a -Shock game.

And there you have. Predictions out the ass. Chances that I'll be right on any of this stuff? Considering my track record over the year, pretty fucking low. Oh, well...