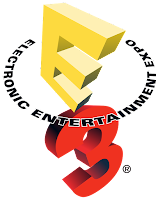 I won't bother you with a "sorry I haven't posted in a while sob story" and get straight to it: E3 kicks off tonight with Bethesda, and while I could sit here and ramble off what they're going to talk about, it's all known: Fallout 4, Dishonored 2, Doom reboot...

That doesn't interest me.

What does interest me is talking about the known unknowns: the stuff we know that we don't know. Taking rumors and substantiating them. Making sense of the mess that surrounds the pre-E3 hype. There are nine conferences in the next three days: Bethesda tonight; Microsoft, EA, Ubisoft, and Sony tomorrow; Nintendo, Square, and "PC gaming" on Tuesday.

I won't have time to discuss all nine, so I'm just going to take the Big Three - Microsoft, Sony, and Nintendo - and discuss my top five, not-in-order, predictions for what could (and, in some cases, should) come of their conferences.